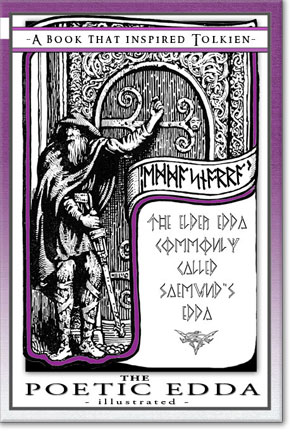 For the Ancient Romans, September was the seventh month of the calendar which is why it is named after the Latin for “seven”, septem.

American poet Helen Hunt Jackson loved the month of September. She wrote, “By all these lovely tokens – September days are here – With summer’s best of weather – And autumn’s best of cheer.”

Groucho Marx wrote, “My favourite poem is the one that starts ‘Thirty days hath September’ because it actually tells you something.” 🙂

Speaking of poetry, have you read any Icelandic sagas lately? They were among JRR Tolkien’s favorite reads! You can now read “The Poetic Edda – A Book That Inspired Tolkien” in Icelandic, with the exact English translation and illustrations he would have held in his own hands. With characters including the original Loki and Odin, it’s one of our bestsellers!