Tolkien’s inspirations.
Douglas A. Anderson’s book Tales Before Tolkien: The Roots of Modern Fantasy, the author writes, “Tolkien knew well MacDonald’s children’s books The Princess and the Goblin and The Princess and Curdie, both of which influenced Tolkien’s depiction of goblins in The Hobbit.

There are many reflections of MacDonald’s ‘Princess’ books in The Hobbit and The Lord of the Rings – not least, the goblins themselves. The wise, magical, prescient grandmother of the Princess Irene, seems to be a literary ancestor of Tolkien’s Galadriel; centuries old and yet looking young, a queen, a healer, a tall, beautiful, golden-haired woman associated with water and weaving.

This edition contains the delicately beautiful illustrations of Jessie Willcox Smith; pictures that were seen by Tolkien and are much-loved by generations of children to this very day.

The Princess and the Goblin

Professor J.R.R. Tolkien was a great admirer of George MacDonald’s fairy-stories. When his children were young, he used to read The Princess and the Goblin to them in the evenings, before they went to bed.

In a 1938 letter to the Observer newspaper, Tolkien stated that some ideas in The Hobbit “derived from (previously digested) epic, mythology, and fairy-story—not, however, Victorian in authorship, as a rule to which George MacDonald is the chief exception”.

Princess Irene has a magic ring that is associated with invisibility, being linked to a semi-visible thread. This ring aids her in an escape from the Goblin Underground, much as The One Ring aids Bilbo in The Hobbit.

The Princess and the Goblin is rich with literary treasures drawn from folk tradition. MacDonald incorporates into his tale the powerful folk theme of women who spin or weave. The princess’s faery grandmother sits and spins at a wheel. In The Lord of the Rings, Galadriel herself, along with her handmaidens, weaves the cloth of the cloaks that the Elves of Lórien give to the Company. 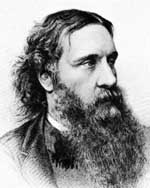 MacDonald was a prolific novelist. He is now known particularly for his poignant fairy tales and fantasy works, and their influence on later authors, such as W. H. Auden, C. S. Lewis, E. Nesbit, Madeleine L’Engle and Cecilia Dart-Thornton.

C. S. Lewis wrote that he regarded MacDonald as his “master”: “Picking up a copy of Phantastes one day at a train-station bookstall, I began to read. A few hours later,” said Lewis, “I knew that I had crossed a great frontier.”

G. K. Chesterton cited The Princess and the Goblin as a book that had “made a difference to my whole existence.”

Even Mark Twain, who initially disliked MacDonald, became friends with him, and there is some evidence that Twain was influenced by MacDonald.

MacDonald grew up in the Congregational Church, with an atmosphere of Calvinism. He took his degree at the University of Aberdeen, and then went to London, studying at Highbury College for the Congregational ministry.
George MacDonald’s best-known works are Phantastes, The Princess and the Goblin, At the Back of the North Wind, and Lilith, all fantasy novels, and fairy tales such as The Light Princess, The Golden Key, and The Wise Woman.

“I write, not for children,” he stated, “but for the child-like, whether they be of five, or fifty, or seventy-five.”

MacDonald also published some volumes of sermons, the pulpit not having proved an unreservedly successful venue.

‘MacDonald also served as a mentor to Lewis Carroll (the pen-name of Rev. Charles Lutwidge Dodgson); it was MacDonald’s advice, and the enthusiastic reception of Alice by MacDonald’s many sons and daughters, that convinced Carroll to submit Alice for publication. Carroll, one of the finest Victorian photographers, also created photographic portraits of several of the MacDonald children.

‘MacDonald was also friends with John Ruskin and served as a go-between in Ruskin’s long courtship with Rose La Touche.

‘MacDonald was acquainted with most of the literary luminaries of the day; a surviving group photograph shows him with Tennyson, Dickens, Wilkie Collins, Trollope, Ruskin, Lewes, and Thackeray. While in America he was a friend of Longfellow and Walt Whitman.

‘MacDonald’s use of fantasy as a literary medium for exploring the human condition greatly influenced a generation of such notable authors as C. S. Lewis (who featured him as a character in his The Great Divorce), J.R.R. Tolkien, and Madeleine L’Engle. MacDonald’s non-fantasy novels, such as Alec Forbes, had their influence as well; they were among the first realistic Scottish novels.’
From Wikipedia 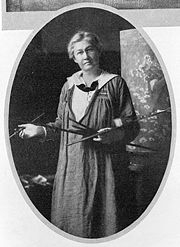 Jessie Willcox Smith (September 6, 1863 – May 3, 1935) was one of the most prominent female illustrators in the United States during the Golden Age of American illustration.

She was a prolific contributor to respected books and magazines during the late 19th and early 20th centuries.

She illustrated stories and articles for clients such as Century, Collier’s Weekly, Leslie’s Weekly, Harper’s, McClure’s, Scribners, and the Ladies’ Home Journal.

The Hall of Fame of the Society of Illustrators has inducted only 10 women since its inception in 1958. Smith was the second of these, in 1991, after Lorraine Fox.

Of the ten, three of them were members of The Red Rose Girls, Jessie Smith herself, Elizabeth Shippen Green and Violet Oakley, arguably the finest assembly of illustrative talent ever seen in American life.

Smith bequeathed her original works to the Library of Congress’ Cabinet of American Illustration collection. A thirteenth illustration remains in a private collection.

Smith’s papers are on deposit in the collection of the Pennsylvania Academy of the Fine Arts.
From Wikipedia: