JRR Tolkien’s books – the ones that inspired him! 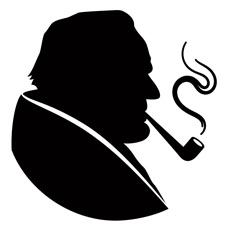 Welcome to The Professor’s Bookshelf (the new, updated version of “Tolkien’s Bookshelf”)*, a collection of books that inspired the imagination of Professor J.R.R. Tolkien; creator of Middle-earth, author of “The Hobbit” and “The Lord of the Rings”.

All these titles have informed the professor’s writings in one way or another. Either the man himself revealed their influence in his essays or interviews, or his biographers and researchers uncovered the evidence, or the books were widely obtainable and popular in his literary circles, so that he certainly knew of them and there is little doubt he read them.

Professor Tolkien’s own drawings adorn the pages of The Hobbit and it is easy to imagine him as a boy, long before the invention of television, poring for hours over the images in his favourite volumes – images that helped shape his creation of Middle Earth.

Where possible, we have selected illustrated editions that were available in Tolkien’s lifetime. Both texts and pictures have been carefully reproduced, and our books are generally exact copies of the editions the professor held in his own hands. Professor Tolkien’s books, the books he read throughout his lifetime, include titles by notable authors such as William Morris, Lord Dunsany, George MacDonald and H. Rider Haggard.

Each Professor’s Bookshelf classic opens with an introduction by fantasy author Cecilia Dart-Thornton, about whose acclaimed Bitterbynde Trilogy Grand Master of Science Fiction Andre Norton wrote: ‘Not since Tolkien’s The Lord of the Rings fell into my hands have I been so impressed by a beautifully spun fantasy.’

Literary scholars have studied the texts in The Professor’s Bookshelf collection, finding threads and motifs linking them to Professor Tolkien’s famous works. On reading Tolkien’s books – the books he owned or borrowed or lent, the books he loved, the books that shaped his inner world – you will be awakened to that vast library of myth, magic, legend and fantasy whose legacy inspired the great English writer, poet and philologist, Professor J.R.R. Tolkien.

Since 2013, “Tolkien’s Bookshelf” was used to describe the books that inspired Tolkien, but in June 2018 this was updated to “The Professor’s Bookshelf”.